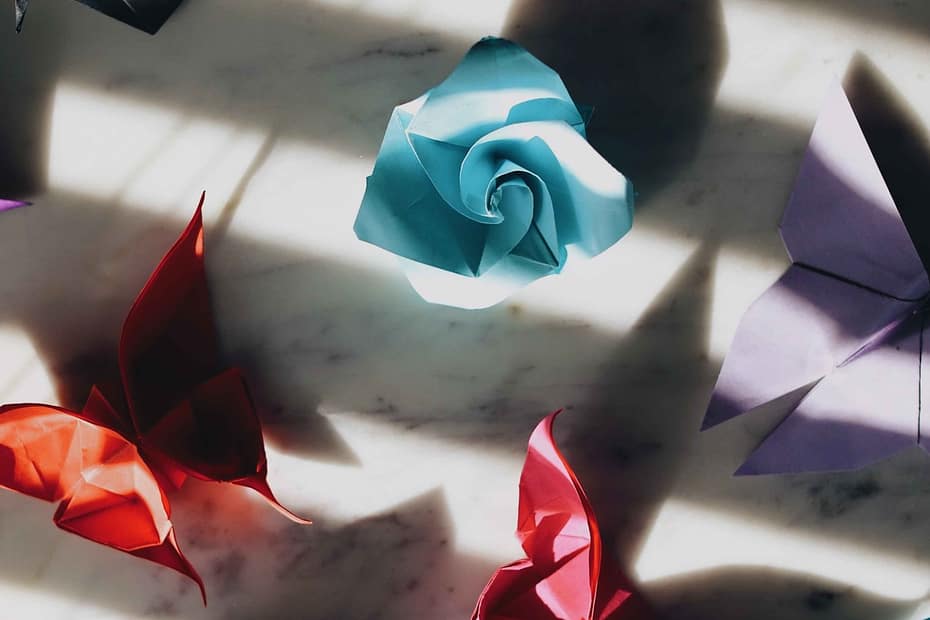 For creative people, origami can be a wonderful hobby. This art form includes starting with a square of paper, folding it, and creating a lovely finished product. That said, there are various ways you can make fun and easy origami ideas with the right instructions.

This guide will teach you how to make basic folds that are used as the foundation for a wide variety of origami projects. Furthermore, we will also teach you how to make the most basic origami model that every beginner should know: the traditional paper crane. We’ll largely be using square, thin origami paper that’s easy to fold. However, you’ll be shown how to produce a perfect square with standard, white, rectangular paper such as a US LETTER 8.5×11 paper or A4 as well.

An origami Post-it Box is probably one of the most fun and easy origami ideas to try. This is a neat little box that is both cool and functional. It’s also an excellent way to get rid of all of your old sticky notes at work. So, ensure your boss isn’t looking!

Paper cranes are among the most fun and easy origami ideas that have become popular in American culture. This is largely because of the Japanese folklore: whoever makes a thousand origami cranes would be granted a wish.

To celebrate the Year of the Rabbit, we’ll teach you how to make this adorable piece of origami. It may take some time for you to learn the technique.

However, once you’ve mastered it, the bunnies will multiply at an incredible rate! That said, practice makes perfect. But, trust us when we say this, an origami rabbit tops the list of fun and easy origami ideas wherever you search online.

Origami is an excellent, simple, and enjoyable pastime. All you need is paper, and you can use almost any type of paper. So, go through these fun and easy origami ideas, and you’ll be making professional-looking origami models in no time!

We use cookies on our website to give you the most relevant experience by remembering your preferences and repeat visits. By clicking “Accept”, you consent to the use of ALL the cookies.
Do not sell my personal information.
Cookie SettingsAccept
Manage consent

This website uses cookies to improve your experience while you navigate through the website. Out of these, the cookies that are categorized as necessary are stored on your browser as they are essential for the working of basic functionalities of the website. We also use third-party cookies that help us analyze and understand how you use this website. These cookies will be stored in your browser only with your consent. You also have the option to opt-out of these cookies. But opting out of some of these cookies may affect your browsing experience.
Necessary Always Enabled
Necessary cookies are absolutely essential for the website to function properly. These cookies ensure basic functionalities and security features of the website, anonymously.
Functional
Functional cookies help to perform certain functionalities like sharing the content of the website on social media platforms, collect feedbacks, and other third-party features.
Performance
Performance cookies are used to understand and analyze the key performance indexes of the website which helps in delivering a better user experience for the visitors.
Analytics
Analytical cookies are used to understand how visitors interact with the website. These cookies help provide information on metrics the number of visitors, bounce rate, traffic source, etc.
Advertisement
Advertisement cookies are used to provide visitors with relevant ads and marketing campaigns. These cookies track visitors across websites and collect information to provide customized ads.
Others
Other uncategorized cookies are those that are being analyzed and have not been classified into a category as yet.
SAVE & ACCEPT